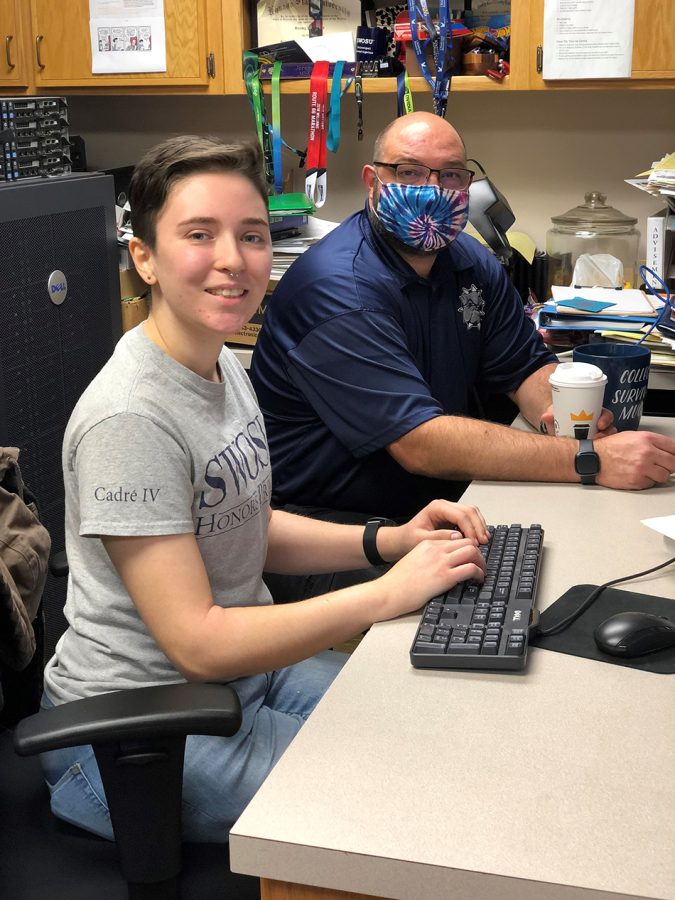 Networking has long been recommended on university campuses as a great way to land a job, and a Southwestern Oklahoma State University student in Weatherford can now attest that it works.

Arianna Martin of Broken Arrow recently landed an upcoming summer internship with British Petroleum (BP) after representing SWOSU at an international conference on supercomputing (SC21). She met a high-performance computing (HPC) administrator at BP and told him about the supercomputer being built at SWOSU and that she and the SWOSU team were interested in working in HPC systems administration like him. Martin was then put in contact with another person at BP.

On the very next day, Martin had a meeting with BP officials and was hired for an internship this summer at the BP Center for HPC in Houston (TX). The center has over 6,000 servers and is one of the largest commercial research supercomputers in the world.

It is a good result for Martin but could also lead to more good happenings at SWOSU. During a session, Martin expressed a need for parallel computing/HPC educational resources and training for computer science students and all researchers alike. She discovered Google can provide these resources for the computer science department and SWOSU researchers.

Martin has been involved in supercomputing for nearly two years. In that time, she has presented at three research fairs, the Practices and Experiences in Advanced Research Computing (PEARC 21) national conference and was a student volunteer at SC21. SWOSU placed first in their division at the Oklahoma High Performance Computing Competition in the Spring of 2021, and Martin is a member of the student steering committee for PEARC 22. SWOSU faculty and students are also building SWOSU’s campus wide supercomputer with guidance from the National Science Foundation’s Extreme Science and Engineering Discovery Environment (XSEDE).

“The connections that Arianna made with British Petroleum, the National Center for Supercomputing Applications, and Google point to the value of research computing in the future and the ability of SWOSU to be a part of that conversation,” said Jeremy Evert, associate professor of computer science at SWOSU. “Every day I get job postings from around the world looking for people with this skill set. I would love to see SWOSU help more people follow in Arianna’s footsteps.”

Dr. Patsy Parker, associate dean of the Everett Dobson School of Business and Technology, said networking outside the classroom is very important and she appreciates SWOSU faculty who are leading and encouraging networking like Martin did that resulted in a wonderful opportunity.