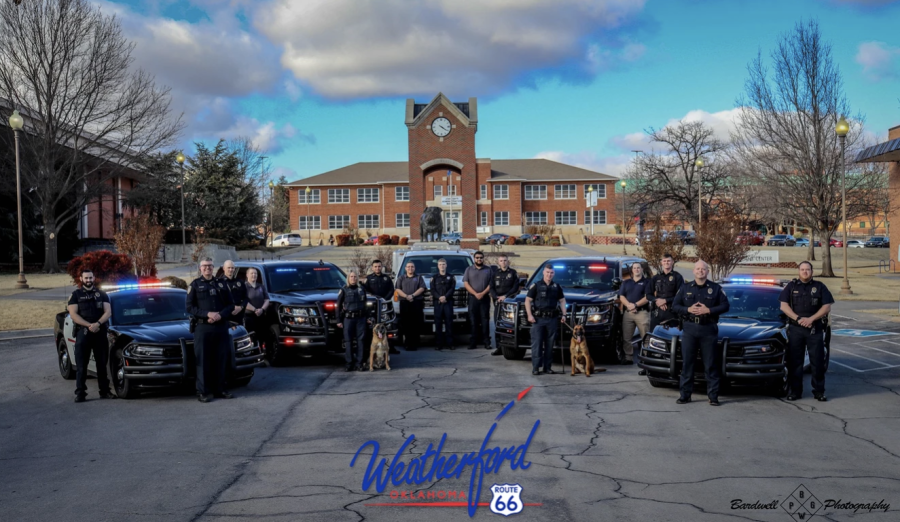 Never ever have I experienced such a fast law enforcement response as last night.

I was just stepping out of my apartment which is located just one block away from the incident. Then I heard what I first believed to be firework, but something told me it could very well be gunshots.

There were between five and six shots fired, and after a short break, another round of shots.

Just seconds after, I heard sirens. I got in my car, followed the sounds of the sirens and was able to locate the site of the incident fairly quickly.

Just one or two minutes after the first shots were fired, Weatherford PD and SWOSU PD were at the scene. Weatherford PD was present with at least three patrol cars, and a SWOSU PD car was seen securing the road towards Rankin Williams Fieldhouse / Pioneer Center.

I still remember the lockdown we had in October 2020 after a shooting at Campus North apartments, also just a few feet away from the SWOSU campus. After reading the police reports, it became clear that there were several minutes passing between the initial shots and police arriving at the scene. The main suspect was about to get in his car, but Weatherford PD arrived just on time.

But this time, it didn’t take long at all. When I spoke with a Weatherford PD Lieutenant this morning, he mentioned that the time of the incident – 9:50 p.m. – was a big plus. At 10 p.m., there is a shift change, so at 9:50 p.m., there were more police officers available – ready to go, ready to protect and serve.

Our police officers are the ones that can, and might, pull you over. But they are also the ones who put their life on the line to protect you. We should say it more often:

Thank you for your service, Weatherford PD!