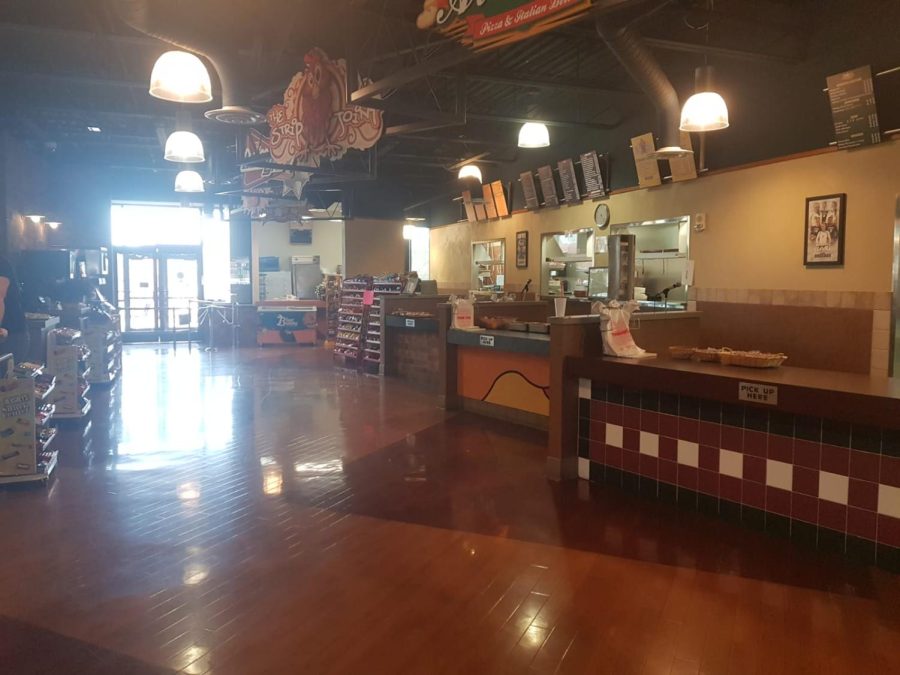 What makes a job worth doing and worth the time and effort? Is it the number of hours you work? Is it the paycheck? Is it the environment? Do you get to help and give back to others? Do you receive a sense of personal accomplishment at the end of the day?

The Southwestern sat down with two former student workers in the Grill to talk about the rumors of SWOSU student workers leaving the University Grill in favor of other on or off campus jobs. While these situations cannot be applied to every worker within these positions, these are both their personal experiences and views. The Southwestern contacted several more student workers who reported similar problems, but there was also a student worker who stated not having the problems that are mentioned in this article.

The more each of the interviewees talked about the matter, the more patterns started to form. There seems to be a problem between some student workers and the managers/directors, and the working environment and atmosphere does not seem to be the best. All students spoke under the condition of anonymity in separate interviews.

One student remarked: “I started working at the grill the fall semester of 2018. I loved the grill in the beginning because we had a manager named Robert and a director named Duncan, and they were amazing people. Obviously, they had their own flaws, but they never let any of the student workers be affected. We were all happy doing whatever we had to. They were okay with our scheduling.”

Another student said: “I started working at the grill the fall of my freshman year in 2019. I applied to pretty much every single place on campus, and they were the only one that reached back out to me. My bosses at the time were Robert and Radonna.”

As both students continued recalling their experiences, both highlighted some of the struggles between managers and directors.

One of the students said: “While I was there, I only experienced one argument between Robert and Radonna before he left. He had wanted to do something nice for the student workers at the grill. He had mentioned something about there being a budget for that within grill funds. Because he (was manager at) the grill, he did not include the cafeteria student workers because it is a separate area. Radonna got mad over this and went to his office and yelled at him. They just did not get along.”

The second student worker stated: “Radonna took over in the summer of 2019. As soon as Radonna took over after Duncan’s retirement, we all saw a lot of arguing take place between Radonna and Robert. Two or three weeks into fall 2019, we (learned) that Robert was resigning. Eddie took Robert’s place after that. She was nice, but Radonna was always micromanaging her, which directly affected us. Eddie would agree on certain things with us, but Radonna would not. Eddie kind of let herself be run over by Radonna.”

Radonna Sawatzky took over as director of Food Services in summer 2019 for Duncan Taylor. She is responsible for every food-related issue on campus and has been honored as one of the top Oklahoma Cooperative Extension Program educators in the State of Oklahoma for her work on many family and consumer issues. She has served on numerous committees in Weatherford and Custer County, winning many awards from organizations for her work.

“Food services is hard work, fast paced, hot and not for everyone,” Sawatzky said in a statement. “In many areas we have staff learning new responsibilities and it takes some time. (…) We are happy to provide jobs for students and work with their classes and goals while they are attending SWOSU.”

When The Southwestern asked the student workers why they had decided to leave, both had similar answers:

“It was all downhill after Robert left. We kept on getting calls for meetings. People stopped showing up to work. I mean, who would want to work at a place where they don’t respect you? They don’t appreciate you. They just want to walk all over you. I eventually left and went to a different job on campus.”

The other said: “I honestly left because of the working conditions. Because of people quitting, they were understaffed, which put extra stress on the workers to pick up the slack from whoever wasn’t there. Some people just wouldn’t show up. They also didn’t have good protocols on food. And I left back in fall 2020 for another job on campus and switched during Christmas break.”

COVID has certainly not helped things. It can be quite stressful for both workers and management to work in a hot kitchen with masks on, simultaneously dealing with COVID safety precautions. This can cause additional stress, which can lead to miscommunication.

“During COVID and the pandemic, we have had to make several adjustments,” Sawatzky said, “and I appreciate all the full time and student workers who have helped us. We have implemented new ideas, new menu items, and the to-go option.”

In addition to that, workers who were either infected or exposed to COVID had to quarantine, which put even more pressure on the management to find enough people to keep food stations operating. This semester, understaffing has led the University Grill to close and open different food stations on a rotating basis. During peak times, it can be up to 40 minutes until students get their food.

As far as schedule policies went, both students had similar stories.

One said: “They typically went by a three-strikes system, but it was very hit-or-miss in terms of late policies or not showing up. Sometimes people would get a strike and be let go, and others were constantly late and were kept on the staff due to understaffing. It wasn’t very consistent. They did want us to schedule more time if we weren’t in class. I declined due to my course load.”

The other student agreed: “At the beginning, Robert and Duncan were willing to work with our schedules and were very understanding of conflicts. Right before I left, there was the understanding that if we were not in class, we should be helping other shifts at the grill. I don’t agree. I’m a student first and foremost. I take about 17 credit hours. I need time for homework, and there just seems to be a lack of understanding that students have lives outside of work.”

HR said in a statement: “SWOSU is committed to providing a safe and positive environment for student employees to learn and grow their professional careers. I am unable to comment about specific personnel issues. However, I would encourage (everybody) to share their concerns with the Human Resources Office. This month, there are approximately 517 student employees currently working for SWOSU. With that many individuals interacting daily, there will be times of miscommunication and occasional frustration. I would encourage any SWOSU employee with work concerns to visit with their supervisor. Likewise, the Human Resources Office is available to assist with any employment related issues.”

When asked about what straws broke the camel’s back and made them both decide to leave, this is what they said:

“For me, it was the food safety and food preparation. I know several instances of food coming back to the grill completely undercooked. There were supposed to be guidelines for cooking things, but they weren’t enforced or followed. There was a lot of overall disorganization. One situation that I thought was inappropriate occurred in what was supposed to be our sanitary area for cooking. Eddie, instead of sitting at her desk, decided to sit on the floor near us. I get she was tired, but it was more of the principle of the matter. She complained of her job, which isn’t good for motivation. The boss should show leadership, or else everyone else will follow suit. And that is what happened.”

The other student explained: “For me it was a combination of two events. I had a family emergency that I had to deal with. I called my boss, Eddie, right away to let her be aware of the situation and that I would most likely not be at work. She told me to take care of what I needed to take care of and that I could come in late. I wound up coming in to try and help about an hour into my shift. I was written up as being late, even though she had previously excused me. There was no sympathy.” Other students The Southwestern talked to reported a similar handling of family emergencies.

“The other situation was when a meeting was called about people not showing up to work. We were given a letter and were told to have it signed before the meeting had begun. We were told to sign before being allowed to read it. We signed because we had no choice to read it beforehand. Not allowing us to read what we are signing is not OK. Radonna told us she had the blessing of HR of whatever was being discussed, so that even if we were to go to HR, they would side with her. Her telling us this felt very threatening. That was my breaking point.”

It’s no secret that when workers don’t feel respected, appreciated or valued within their jobs or don’t feel it is worth their time, effort or energy to come to work, they will find new jobs where they do have those things met.